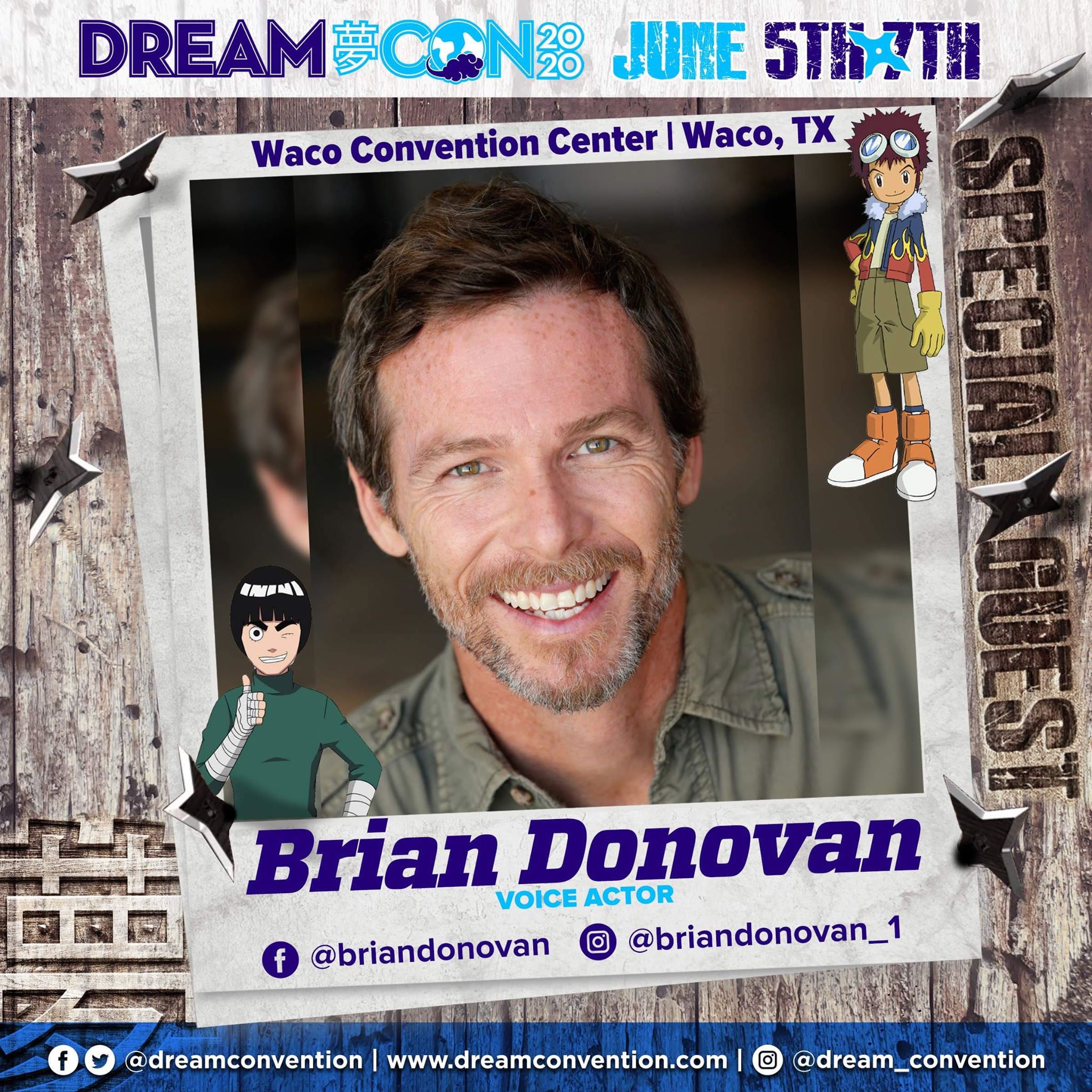 From surfer dudes to disciplined ninjas, Brian Donovan has created a cavalcade of much loved characters heard daily on all media platforms. He is every kids taijutsu hero, Rock Lee in the world famous anime series, Naruto, and Davis in the smash hit, Digimon. Other notable voice performances include Salty in the films Alpha and Omega, Shark in A.T.O.M., Tony in Flint: The Time Detective, Peter Pan in several Disney projects and a bunch a ‘guys’ trying to kill Max in the Mad Max video game. Brian was also the head announcer for Disney’s Jetix and ABC Family for over six years.

Brian has worked on camera in dozens of film and television projects with such Hollywood luminaries as Angelina Jolie, Jim Belushi, Gabriel Byrne and Jim Carrey.  Television roles include the award winning Gia, Beverly Hills 90210, Sabrina the Teenage Witch, Dr. Quinn Medicine Woman, General Hospital, In Living Color, and Wings. Later this year Brian can be seen in the film Fame-ish, set in the awesome Anime Convention world.

In addition, Brian is the director/producer of the award winning documentary, Kelly’s Hollywood, currently on Amazon in the USA and UK. The film is a very personal portrait of his relationship with his sister, Kelly, who was born with Down syndrome. One of his greatest joys has been screening and speaking about the film around the world, creating awareness and advocating for those with unique abilities. He also created and produced the children’s self empowerment show, Mighty Me Training Camp, a top title for five years on Discovery Education.

When not on set or in a VO booth, Brian is the Executive Director of the nonprofit Los Angeles Repertory Theatre, providing inner-city youth with performing arts workshops. He directed and produced the educational documentary, You Got Issues about their critically acclaimed workshops.

Brian lives with his family and dog Cosmo in Los Angeles, CA.

Make Your Dreams Come True
What are you waiting for!?
You won't want to miss this year's convention!
Buy Tickets