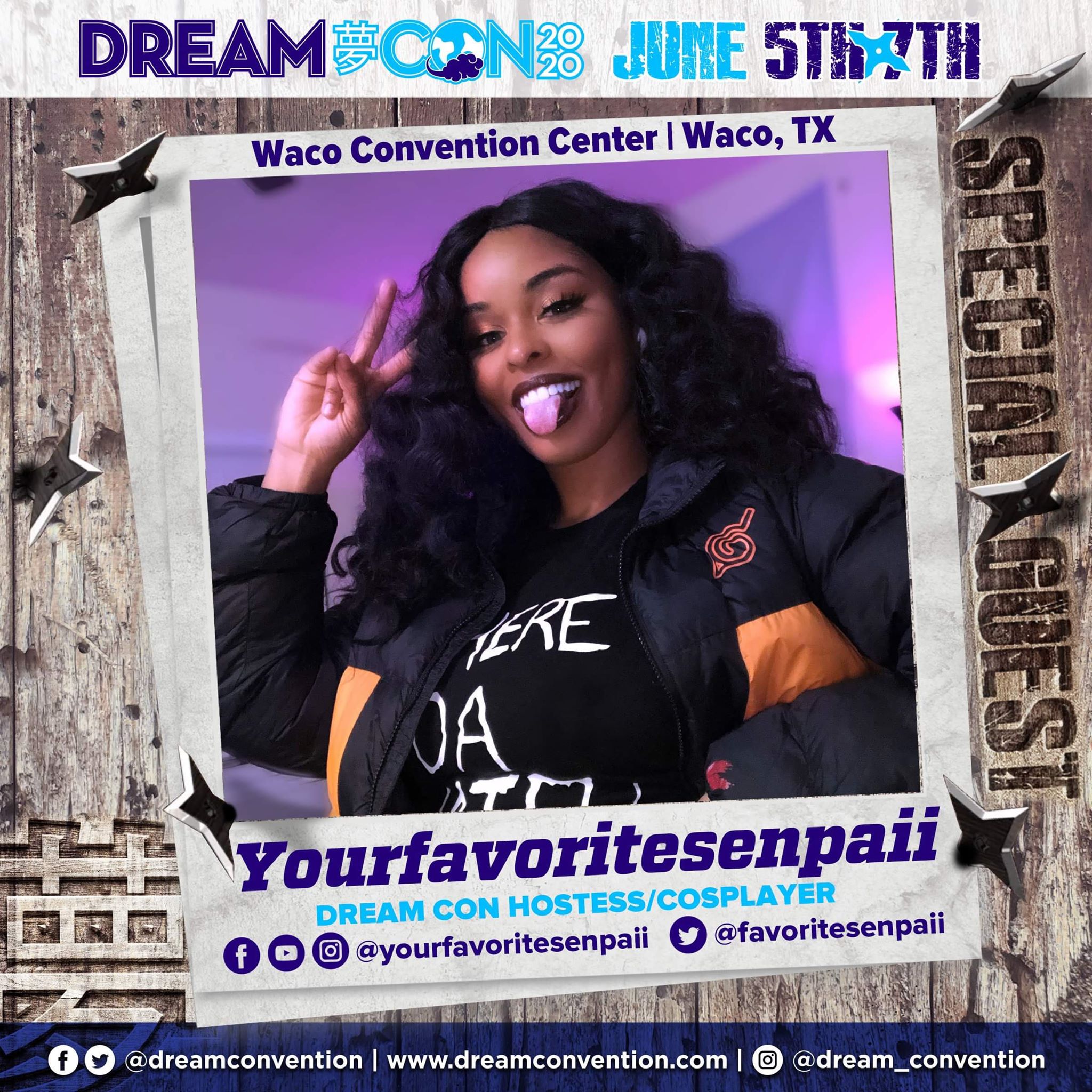 Taylor, also known as Your Favorite Senpai, is a Houston based cosplayer inspired by anime and nerd culture. In 2015, she was introduced into the cosplay world and has grown a following within the past year sharing her cosplays on social media. She captures her audience with creative and fun cosplays and videos surrounding our favorite anime, cartoon and video games characters. You may have seen her at Dreamcon last year, and you can catch her here again as our featured hostess!

Stay tuned as you’ll be seeing a lot more of her in the near future!
#dreamcon2020

Make Your Dreams Come True
What are you waiting for!?
You won't want to miss this year's convention!
Request a Refund